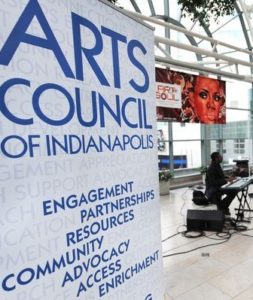 The Arts Council of Indianapolis has been awarded a $50,000 Our Town grant from the National Endowment for the Arts (NEA) for a program aimed at crime prevention and public safety for the Near Eastside.  The award is one of 89 announced by NEA Chairman Jane Chu on June 14.

Indy East Art Peace is a partnership between the Arts Council of Indianapolis, Near East Area Renewal (NEAR), and the City of Indianapolis to work with Near Eastside artists and residents to address the community connectivity, public safety, and crime prevention goals of the Near Eastside Quality of Life Plan through creative placemaking projects.

“The Arts Council has been doing public art projects on the Near Eastside for the past six years,” says Julia Moore, the Arts Council’s Director of Public Art.  “We are excited about this creative placemaking partnership and thrilled to receive NEA funding to make it happen.” 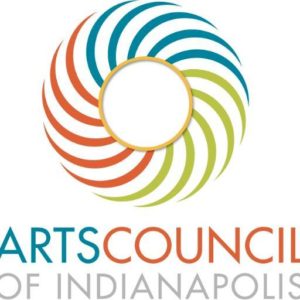 The project will identify four Near Eastside artists, four Near Eastside community members, and four IMPD officers working in the East District and train them in Crime Prevention through Environmental Design (CPTED) and creative placemaking theories.  After the training, the participants will organize into four three-member teams with one member from each of these three groups. The teams will then canvass the area for opportunities and develop ideas for creative placemaking projects intended to address specific crime and public safety challenges, as identified by the community members.  These ideas will be reviewed by the Near Eastside community at large during a “pitch night”-style event in January 2019, and the community will select their favorites to pursue.  The originating teams will develop the selected concepts into detailed project plans to submit for funding and implementation.

From NEAR Executive Director

“This grant is timely, as NEAR and four neighborhoods that converge at 10th & Rural are exploring effective ways to address crime, build community, and create places that invite neighbors to thrive,” says John Franklin Hay, Executive Director of Near East Area Renewal (NEAR). “We believe the thought, care, and outcomes that this grant fosters will make a significant impact on the Near Eastside.”

The project also includes the creation of a toolkit to help other neighborhoods develop crime-prevention creative placemaking projects, and the development of indicators that will be monitored to determine the effectiveness of the project.

“As IMPD continues the return to community-focused policing, this grant will support our efforts to work directly in neighborhoods to minimize environmental root causes of crime,” says IMPD Chief Bryan Roach. “Together with our partners, we will work to cultivate a healthier Near Eastside and develop models for creative placemaking as crime prevention that are replicable in neighborhoods across Indianapolis.”

“The arts reflect the vision, energy, and talent of America’s artists and arts organizations,” said NEA Chairman Jane Chu. “The National Endowment for the Arts is proud to support organizations such as the Arts Council of Indianapolis, to cultivate vitality in their communities through the arts.”