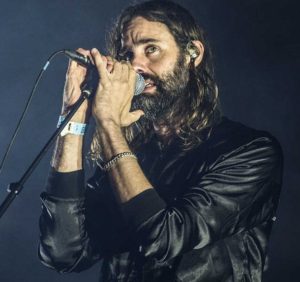 Indie electro-pop trio Miike Snow will be appearing Tuesday, June 20th at 8:00 PM in the Egyptian Room at Old National Centre.  Also on stage that night will be Dutch/Norwegian indie rock band Klangstof.

Miike Snow is comprised of writer/producers Christian Karlsson, Pontus Winnberg and Andrew Wyatt, who began performing together in 2007. Miike Snow (often represented by a silhouette image of a jackalope) has now released three studio albums: Miike Snow (2009), Happy to You (2012), and iii (2016).

The group’s latest album iii was collaborated across space and time, with the trio meeting in Stockholm, Los Angeles, and New York for only short periods over a span of almost two years. Bringing a variety of other musicians and producers into the studios to help create the album, the trio felt more open to outside collaboration than ever before. As a whole, iii feels resolutely like a Miike Snow project, defined both by the two efforts that have come before and by the collective work of the three musicians. The combination of the trio’s talents is an electric one, as exemplified on the album and in their live shows.