Details have been announced for six more concert events that will be part of the Chevrolet Silverado Free Stage lineup at the 2017 Indiana State Fair, which will take place August 4-20. Each night of the fair features a concert that is free with paid fair admission.

An additional Free Stage Show will be announced soon

Purchase of an Indiana State Fair ticket allows for general admission to the Chevrolet Silverado Free Stage concert seating area. No seats can be reserved unless otherwise specified. For more information, visit http://www.indianastatefair.com/

About Hotel California “A Salute to the Eagles” 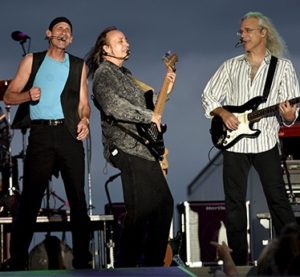 HOTEL CALIFORNIA “A Salute to the Eagles” was founded with the intent of filling the void left by the demise of The Eagles in 1982. By blending their extraordinary vocal and musical talents, HOTEL CALIFORNIA faithfully and accurately reproduces the sound of the Eagles studio recordings while recreating a classic sound which undeniably transcends the boundaries of Rock, R&B, and Country while delivering a modern, action packed performance that brings this timeless music into the new millennium.

This band, comprised of five respected, multi-talented top music industry professionals, presents a dynamic exciting show saluting the music of The Eagles, a supergroup whose music has proven to have a staying power that few bands lay claim to. Finally, audiences can once again experience the energy and magic of this timeless music.

This highly acclaimed presentation has a great reputation and excellent references. HOTEL CALIFORNIA has become one of the most sought after acts in the world, with name recognition and true marquis value paralleling today’s modern recording artists.

The group performs 150 – 200 high profile events every year, including special corporate functions, charity benefits, fund raisers, outdoor concerts, festivals, and fairs, playing main stages receiving top billing as a national act, as well as opening for some of the most prominent names in the entertainment industry.

Each concert presents an exciting showcase of The Eagles mega-hits such as Take it Easy, Heartache Tonight, and Hotel California as well as newer releases Get Over It and Love will Keep Us Alive. The group also performs select titles from the solo works of Don Henley, Glenn Frey, and Joe Walsh.

This timeless music is appealing to audiences of all ages, bringing back memories and touching the hearts of every generation. So join us now on a trip down a dark desert highway, feel the cool wind in your hair, and experience the Grammy Award winning sounds that defined a generation.

About Here Come the Mummies

Here Come the Mummies is an eight-piece funk-rock band with a one-track mind, staying “under wraps” (quite literally) by portraying 5,000-year-old Egyptian Mummies. Since their discovery, Here Come The Mummies has opened for notable artists P-Funk, Al Green, and Cheap Trick, rocked Super Bowl Village 2012, become a regular on The Bob and Tom Show, been invited to play Summer Camp Music Fest 2015/16, Common Ground 2015, Voodoo Fest 2015, Musikfest 2016, Summerfest, and Riverbend 2016, Bunbury Music Festival 2016 and sold tickets by the thousands across large swaths of North America. 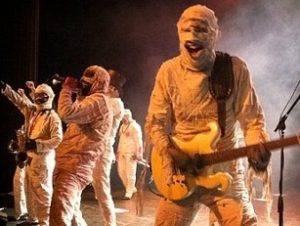 The group’s single Dirty Minds has been featured on numerous television shows, including Big Shots, The Loop and Scrubs, as well as the soundtrack for the movie Fired Up! Some say the band members were cursed after deflowering a great Pharaoh’s daughter, others claim they are reincarnated Grammy-Winning studio musicians. Regardless, HCTM’s mysterious personas, cunning song-craft and unrelenting live show will bend your brain and melt your face. Get ready for Here Come The Mummies.

America watched closely as Danny Gokey battled tragedy and won millions of hearts on his way to the finals of American Idol Season 8.  His story was no secret: a onetime truck driver from Milwaukee, he’d married his high school sweetheart Sophia only to lose her, a victim of surgery gone bad, just a month before auditioning for the smash hit talent show.

That was enough to transfix viewers week after week. Add to that his singing — expressive, soulful, driven, but yet in command of emotions that would have overpowered practically anyone else. The result was a performance that moved audiences to tears and inspired many to face adversity with greater courage. 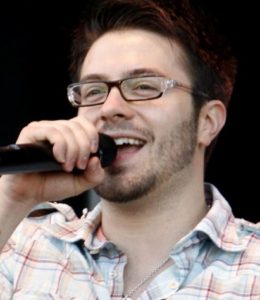 Today Danny Gokey stands at a different place, wiser, stronger. He’s married and has become a father. Once paled by clouds, his world now bathes in a brighter light — the same light that illuminates his extraordinary new album.

On Rise, Gokey refocuses. No longer is he fighting to get through round after round for Idol without succumbing to grief. Now, his passion is to touch people who like him have suffered moments of hopelessness. His mission is far from over, but what he achieves through his music, as an artist and a messenger, is another step towards this.

About The Why Store 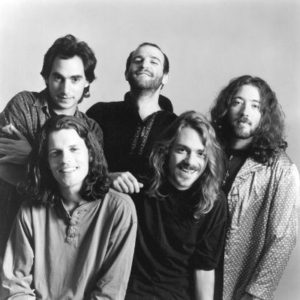 Their major label debut on MCA Records spawned several hits. The first single, Lack Of Water, was a #1 hit on Triple-A Radio; the band performed Surround Me on Late Night with Conan O’ Brien and saw their video for Father receive rotation on MTV2 and VH1. The Why Store was a Top 20 album for 1996 and went on to sell 200,000 copies.

In 2007, Shaffer has reincarnated The Why Store and is poised to break back into the scene with an exiting new album called VIM. Produced by Rusty Anderson, Paul McCartney’s long time guitarist, VIM showcases Chris’s passionate songwriting and refreshingly edgy vocal ability. “It was a magical experience, definitely the best thing I’ve ever done,” says Shaffer. The Why Store is open for business.

About Anthony Brown and Kierra Sheard 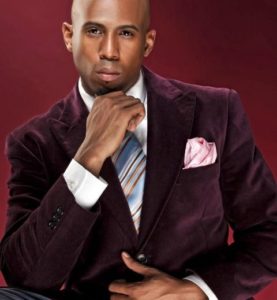 Anthony Brown is an American urban contemporary gospel artist and musician, whose background singers are called Group Therapy, stylized group therAPy. He started his music career, in 2012, with the release of, Anthony Brown & Group TherAPy. This was a Billboard breakthrough release, with chartings The Billboard 200, the Top Gospel Albums, and the Independent Albums chart.