The Actors Theatre of Indiana proudly announces its 2017-2018 line-up.  Season subscriptions and individual tickets are now on sale.  This year’s line-up includes: 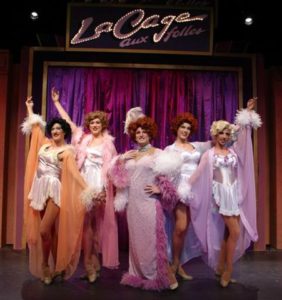 Music and lyrics by the legendary Jerry Herman and book by Harvey Fierstein, this endearing and enduring musical comedy won six Tony Awards®, including Best Musical, Best Original Score, and Best Choreography. If you saw the movie, The Birdcage starring Robin Williams and Nathan Lane, then this is the musical version of that hysterical and touching cinematic hit! 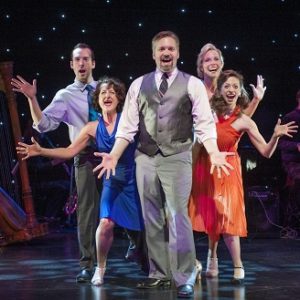 A GRAND NIGHT FOR SINGING pays homage to the remarkable cannon of work by the Tony® Award-winning team of Rodgers and Hammerstein. This fresh and innovative musical Review includes 30 LEGENDARY songs including, I’m Gonna Wash That Man Right Outta My Hair, Honeybun, and Kansas City…to name a few. It’s been said that Rodgers and Hammerstein’s songs are like snowflakes – no two are alike…and, we can’t think of a better way to celebrate the Great American Songbook! 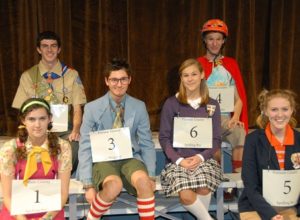 Picture a world where an eclectic group of mid-pubescents vie for the spelling championship of a lifetime. And then, 1 by 1…they candidly disclose hilarious and touching stories from their home lives while they trepidatiously spell their way through a minefield of difficult words! The Tony® Award-winning, THE 25th ANNUAL PUTNAM COUNTY SPELLING BEE is a riotous ride, complete with audience participation where…six spellers enter; one speller leaves! At least the losers get a juice box! 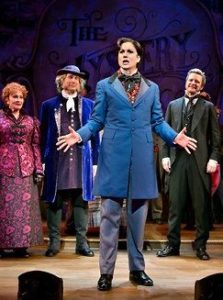 Our 13th Season closes with the rip-snorting rendition of Rupert Holmes’ THE MYSTERY OF EDWIN DROOD, based on Charles Dickens’ unfinished novel of the same name. In this bombastic rendition of the whodunit Dickens’ mystery, the audience enters the action and becomes the ultimate detective, deciding who committed the dastardly deed! WINNER of the Tony Award® for Best Book, Best Original Score, and Best Musical.

The following shows are not available as part of the season subscription package, but can be purchased individually: 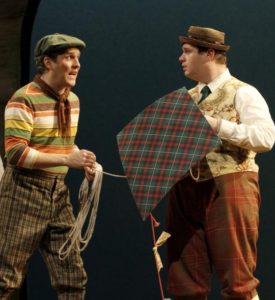 True to the heart of the book series, A YEAR WITH FROG AND TOAD, the musical, is a story of a friendship that endures four fun-filled seasons. It bubbles with beautiful melody and wit, making it an inventive, exuberant and enchanting musical for ages 4 to 104! 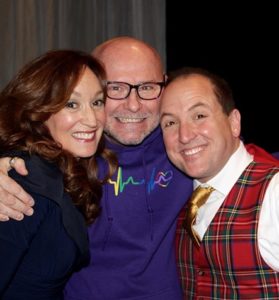 Don Farrell and MaryJayne Waddell return to the Studio Theater stage with new songs to tickle your funny bone and warm your hearts as we celebrate the 2017 Christmas season!

Back by POPULAR Demand!  MILLION DOLLAR QUARTET is the Tony® Award-winning Broadway musical inspired by the true story of the famed recording session where Sam Phillips, the “Father of Rock ‘n’ Roll” brought together icons Johnny Cash, Carl Perkins, Jerry Lee Lewis, and Elvis Presley for one UNFORGETTABLE night!

Call The Center for the Performing Arts Box Office at