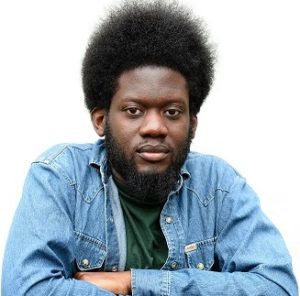 92.3 WTTS and MOKB are proud to present Michael Kiwanuka (with special guest CLOVES) on Wednesday, June 7th, 8:00 PM in the Deluxe at the Old National Centre.

Hailing from North London, singer-songwriter Michael Kiwanuka’s voice is his most powerful tool, which he describes as “hitting straight through to the core” with direct, emotional songs about love, yearning, comfort and belonging. His voice helped him to build a following via MySpace and through performing small London gigs, which brought Paul Butler from The Bees to invite him to the band’s Isle of Wight studio to lay down introductory tracks, leading to his debut EP Tell Me A Tale, which was produced by Butler and released on Interscope Records.