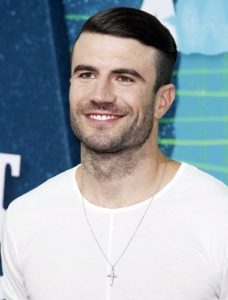 MCA Nashville’s Multi-Platinum-selling breakout star Sam Hunt reveals his four-month 15 In A 30 Tour kicking off June 1 in Cleveland. The tour hits over 30 markets including Toronto, Chicago, Atlanta, Los Angeles and Nashville. Special guests include the GRAMMY-nominated, CMA New Artist of the Year, Maren Morris; the high-energy, multi-instrumentalist, Chris Janson and singer/songwriter Ryan Follese. The tour will make a stop at Klipsch Music Center in Noblesville, Indiana on Friday, June 2, 2017 at 7:00 p.m. Tickets are on sale now at https://www.livenation.com/

Since his 2014 Montevallo release, Hunt has accumulated over 2.53B streams and has earned an additional 10.5M in RIAA single certifications. Montevallo topped the Billboard Country Albums Chart in its first week and remains the best-selling debut album for a country artist since 2011. The album landed on multiple “Best of” lists including the Associated Press, Billboard, Country Weekly, Los Angeles Times, NPR, Rolling Stone, SPIN Magazine, Village Voice and The Washington Post. It also produced a record-breaking four No. 1 singles and five Platinum and Multi-Platinum-selling hits including “Leave the Night On,” “House Party,” “Take Your Time,” “Break Up In A Small Town” and “Make You Miss Me.”

For information on Sam Hunt, the 15 In A 30 Tour and more, visit www.SamHunt.com.