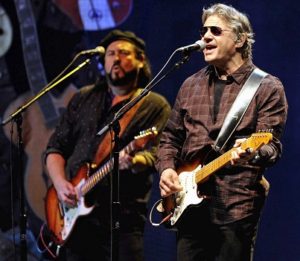 The legendary Steve Miller Band will headline the Miller Lite Carb Day concert Friday, May 26th at the Indianapolis Motor Speedway, as Rock and Roll Hall of Fame inductee Steve Miller will shift race weekend for the 101st Indianapolis 500 into high gear with hit songs that defined a generation of American music.

Grammy-nominated Canadian rock icons Barenaked Ladies will open the concert, which is free with a general admission ticket to Miller Lite Carb Day. Tickets are available for purchase at www.IMS.com/carbday.

General admission tickets are $30. Fans wanting the closest access to the stage can purchase a $20 upgrade to the Miller Lite Concert Pit. Prices will increase soon, so fans are encouraged to buy now and save. VIP viewing options and packages will be announced at a later date. Kids 15 and under are free when accompanied by a ticketed adult.

“Steve Miller Band and Barenaked Ladies are renowned for their hit songs and high-energy live shows, so this is a tremendous concert lineup for our fans on Miller Lite Carb Day,” said J. Douglas Boles, Indianapolis Motor Speedway president. “These performances will be a rocking finale to such an exciting day of racing, music and fun at IMS, setting the stage for another fantastic Indianapolis 500 race weekend.” 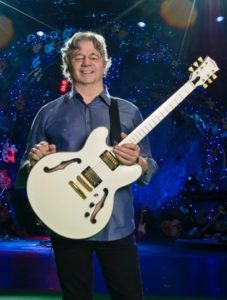 The Steve Miller Band continues to attract longtime and new fans through performances of its impressive catalogue of hits, playing to more than 15 million people in the last 20 years. Legendary guitar virtuoso and vocalist Miller and his band played an extraordinary 63 shows in 2016 and are on tour again this spring and summer across the United States.

Miller formed the Steve Miller Band in 1966 as a San Francisco blues-rock phenomenon who also had a solid foundation in the jazz tradition from his parents and his godfather, guitar icon Les Paul. The band then became paragons of American rock in the 1970s and 1980s, recording and performing polished, irresistible, and instantly recognizable hits that still dominate radio today, including “The Joker,” “Livin’ in the USA,” “Take the Money and Run,” “Rock’n Me,” “Fly Like an Eagle,” “Jet Airliner,” “Jungle Love” and “Abracadabra.”

That incomparable career led to Miller being inducted into the Rock and Roll Hall of Fame in 2016. 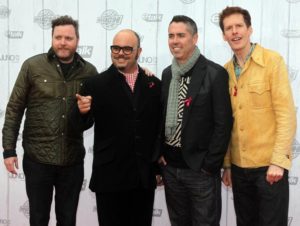 Barenaked Ladies, formed in Toronto in 1988, has sold more than 14 million albums, earned multiple Juno Awards in its native Canada and two Grammy nominations for its cerebral, witty rock that includes such smash hits as “One Week,” “The Old Apartment” and “If I Had $1,000,000.”

Performances by the Steve Miller Band and Barenaked Ladies will cap an incredible day of excitement and action on Miller Lite Carb Day at IMS.

The field for the 101st Running of the Indianapolis 500 will have one hour of final practice to prepare for the race, from 11 a.m.-noon. Then aspiring Verizon IndyCar Series stars will be in the spotlight starting at 12:30 p.m. during the Freedom 100 race for the Indy Lights Presented by Cooper Tires. The speed and precision of top Indianapolis 500 crews will also be on display during the annual TAG Heuer Pit Stop Challenge at 2 p.m, followed by the Miller Lite Carb Day concert.

The 101st Running of the Indianapolis 500 will take place Sunday, May 28. Visit IMS.com to purchase tickets and for more information on the complete Month or May schedule at IMS.