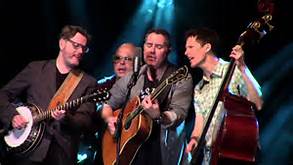 BARENAKED LADIES announce their celebrated “Last Summer on Earth 2018” Tour with special guests Better Than Ezra and KT Tunstall. Last Summer on Earth 2018 Tour kicks off June 1st, and wraps up on July 15th.  The tour will make a stop in Indianapolis on Thursday, June 21st at the Farm Bureau Insurance Lawn at White River State Park.  With each ticket purchased, fans receive a download of BNL’s new album FAKE NUDES!

“The Last Summer on Earth tour is something we all really look forward to.” states Ed Robertson.  “From its inception, it’s been about putting together great live acts to give the audience a great night out. 2018 is going to be a blast, because we’re touring with friends!  Kevin Griffin from Better Than Ezra has been a songwriting collaborator for almost a decade and KT and I rocked together in Yukon Kornelius. This is going to be a great tour with lots of collaboration.”

FAKE NUDES builds off the band’s harmony-rich hybrid of folk and pop/rock, and pushes into more eclectic sonic terrain to mark the band’s most dynamic record to date.