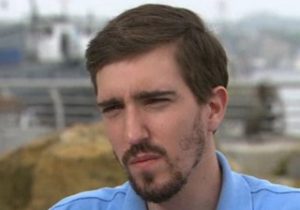 Academy Award-nominated actor, and producer Jake Gyllenhaal and Boston Marathon bombing survivor Jeff Bauman will team up to serve as honorary starters for the 101st Indianapolis 500 presented by PennGrade Motor Oil on Sunday, May 28.

They will be the first duo to wave the green flag in the century-plus history of the race. Gyllenhaal will play Bauman in the upcoming film Stronger, based on Bauman’s New York Times best-selling book of the same name in which he provides a deeply personal account of his challenging, heroic journey after losing both of his legs in the infamous Boston Marathon bombing on April 15, 2013. The Stronger film, directed by David Gordon Green, will be released by Lionsgate/Roadside Attractions on Sept. 22, 2017.

“We’re honored to welcome Jake Gyllenhaal and Jeff Bauman to send the field of 33 starters into Turn 1 for ‘The Greatest Spectacle in Racing,’” said J. Douglas Boles, Indianapolis Motor Speedway president. “It’s fitting that our fans will join Jake in honoring an incredible hero like Jeff on Memorial Day Weekend, as it’s a time when all Americans honor those who have made tremendous sacrifices for our nation.” 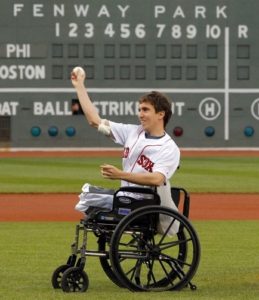 Bauman personified “Boston Strong” after the attack at the finish line of the Boston Marathon in 2013. In the flash of the bomb blast, Bauman went from being an ordinary 27-year-old cheering his girlfriend at the finish line to a double amputee fighting for his life.

The next day, Bauman became a hero when he awoke from multiple surgeries, groggy and unable to speak. He asked for a pen and paper and wrote down: “Saw the guy. Looked right at me.” With these seven words, Bauman set off one of the biggest manhunts in U.S. history and earned global accolades.

Months of intensive rehabilitation followed, which Bauman met with grace, humor and an unwavering determination to walk again, a goal he achieved in a transformational journey that became a story for our times.

Gyllenhaal’s portrayal of Bauman will further establish him as one of the finest actors of his generation.

Working with some of Hollywood’s greatest filmmakers in both independent and studio films, Gyllenhaal starred in Ang Lee‘s classic Brokeback Mountain, for which he received an Oscar nomination and won a BAFTA for Best Supporting Actor. Most recently, Gyllenhaal starred in Tom Ford’s Nocturnal Animals, for which he earned another BAFTA nomination. He can next be seen in Bong Joon-ho’s Okja, which premiered at the 2017 Cannes International Film Festival and later will be released by Netflix on June 28, 2017.

Visit http://www.indianapolismotorspeedway.com/ to purchase tickets for the 101st Indianapolis 500 Presented by PennGrade Motor Oil on Sunday, May 28 and for more information on the complete Month or May schedule at IMS.