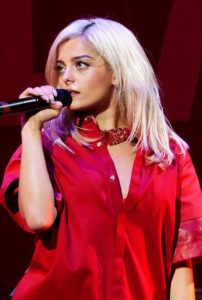 Chart-topping singer/songwriter Bebe Rexha will perform the national anthem before the start of the 101st Running of the Indianapolis 500 presented by PennGrade Motor Oil on Sunday, May 28.

Rexha, on an international tour following the release of her album “All Your Fault, Pt. 1,” will sing on Race Day in the traditional spot before the 33 drivers are called to their cars at the Indianapolis Motor Speedway before the largest single-day spectator sporting event crowd in the world.

“This will be my first time attending the Indianapolis 500, and I can already feel the electrifying energy that comes with it,” Rexha said. “I couldn’t be more excited and honored to perform the national anthem and am looking forward to seeing everyone there and experiencing my first big Race Day!” 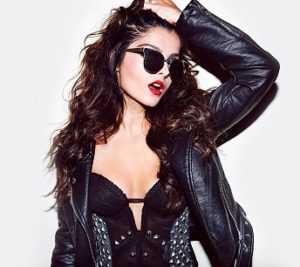 She hit No. 1 on both the Billboard Pop and Rap charts with her platinum-selling smash single “Me, Myself & I” with G-Eazy. Her single “No Broken Hearts,” featuring Nicki Minaj, has more than 180 million YouTube/VEVO views to date.

Rexha is featured on Martin Garrix‘s recent single, “In The Name of Love,” which already has more than 265 million YouTube/VEVO views “I Got You”, the first single from her All Your Fault, Pt 1 debut album, is quickly climbing the charts.

“We welcome Bebe to IMS on Race Day to sing the national anthem for a packed crowd and millions of viewers across the globe,” Indianapolis Motor Speedway President J. Douglas Boles said. “She is a fantastic performer with an amazing voice that has been streamed around the globe, and she’s going to deliver a memorable rendition befitting such a monumental day and iconic sporting celebration.” 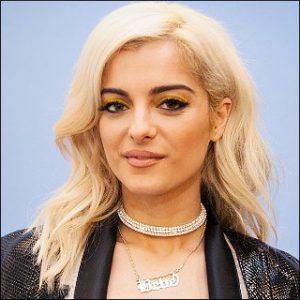 Rexha burst onto the scene in 2013 when she wrote “Monster,” which became a worldwide hit for Eminem and Rihanna and went RIAA quadruple-platinum in the United States. She wrote and featured on Cash Cash‘s “Take Me Home” and Pitbull‘s “This Is Not A Drill” in addition to writing Tinashe‘s “All Hands On Deck” and Selena Gomez‘s “Champion.”

Her 2015 debut EP, I Don’t Wanna Grow Up, boasts the singles “I Can’t Stop Drinking About You” and “I’m Gonna Show You Crazy,” which racked up more than 52 million Spotify streams in only six months. That same year, she co-wrote and carried instantly recognizable hooks for the double-platinum “Hey Mama” by David Guetta, Nicki Minaj and Afrojack, which was nominated for a Billboard Music Award for Top Dance/Electronic Song, as well as the Billboard Hot 100 smash “Me, Myself, & I” with G-Eazy.

Visit http://www.indianapolismotorspeedway.com/ to purchase tickets for the 101st Indianapolis 500 Presented by PennGrade Motor Oil on Sunday, May 28 and for more information on the complete Month or May schedule at IMS.