Popular rap star Lil Uzi Vert will be making his Indianapolis debut Thursday, May 18th in the Egyptian Room at Old National Centre. 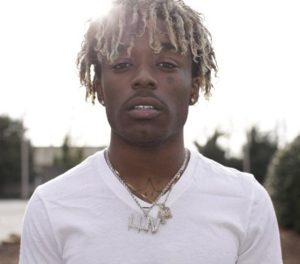 Originally from North Philadelphia, rapper Lil Uzi Vert has a relaxed style similar to Young Thug, Chief Keef and the A$AP Mob. He was first featured on several Diamond Kurt tracks, and his major debut came in 2015, with the release of his single “Dej Loaf,” a dedication to the Detroit singer. That same year, Lil Uzi Vert released two mixtapes, The Real Uzi and Luv Is Rage. In early 2016, he released Lil Uzi Vert vs. the World, featuring hits like “You Was Right” and “Money Longer.” At the beginning of 2017, his collaboration with Migos, “Bad and Boujee,” hit No. 1 on the Billboard Hot 100.

Tickets are $35.00 in advance | $45.00 day of show.  To order or for additional information, please contact the Old National Centre box office, or visit http://liluziofficial.com/