Seven-time Grammy Award winner and legendary Electronic Blues musician Buddy Guy will perform live in concert on Thursday, May 11, 2017 at 7:30 p.m. at Indiana University Auditorium in Bloomington, Ind., located at 1211 E 7th Street. The show will also include a set by very special guest and Indiana legend The Gordon Bonham Blues Band.

*TICKETS: Tickets are on sale now at the IU Auditorium box office, all Ticketmaster outlets, charge-by-phone at (800) 745-3000 or online at TicketMaster. 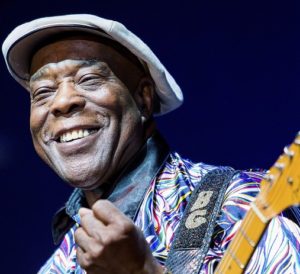 Buddy Guy is among the most notable historic catalysts for evolution of the Electronic Blues genre, and has continued to influence the world of music since his career began with Chicago’s Chess Records in the late ‘50s. This marked the time period of iconic change in the world of Blues and led to the creation of the well-known West Side sound of Chicago, which Guy pioneered with Magic Sam and Otis Rush. Guy can also be seen in the Foo Fighter’s documentary series, Sonic Highways, which features a compilation of interviews and footage from his journey that emphasize his ability to “make something from nothing” as the son of a sharecropper from Lettsworth, Louisiana. In the beginning, recording alongside Muddy Waters, Howlin’ Wolf, and the rest of Chess Records’ label helped Guy explore his abilities and gain recognition that would lead to his faithful following of over 50 years.

Buddy Guy is ranked 23rd on the Rolling Stones’ list of 100 Greatest Guitarists of All Time, and has received such prestigious awards as the 2015 Lifetime Achievement Grammy Award, a record 34 Blues Music Awards, seven Grammy Awards and the 2012 Kennedy Center Honor Award. He has performed with countless well-known artists, namely the Rolling Stones, and is seen performing with them in archive footage included in the 2008 documentary film, Shine a Light. Guy’s most recently released albums, Rhythm & Blues (2013) and Born to Play Guitar (2015), both debuted as No. 1 on the Billboard Top Blues Albums Chart, with Born to Play Guitar comprising of collaborations with icons Van Morrison, Joss Stone, Kim Wilson, and Billy Gibbons. 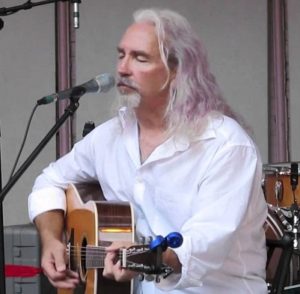 Bringing together a mix of styles from the Mississippi Delta to the back alleys of Chicago and big Texas shuffles to jumpin’ West Coast swing, Gordon Bonham has performed with a multitude of big-name acts, including the legendary Pinetop Perkins, Robert Lockwood, Jr. (as part of the grand opening of the Rock and Roll Hall of Fame), the late Indianapolis blues mandolin man “Yank” Rachell and Chicago piano man Jimmy Walker. Bonham has also worked three times with Bo Diddley as band leader, and rang in the turn of the century  in 2000 at the famous Slippery Noodle Inn, playing with Blues Brother Matt “Guitar” Murphy. Other notable gigs include a mini tour with “Ice Cream Man” John Brim as well as a shared stage with Billy Boy Arnold and the late Sunnyland Slim at the Chicago Blues Fest. Locally, Bonham was a founding member of the critically acclaimed Cooler Kings, followed by the Gordon Bonham Blues Band; their CD Low Down and Blue chosen as No. 3 of the Top Ten Releases of 1999 by the Indianapolis Star. Bonham has also opened for such greats as Robert Cray, The Fabulous Thunderbirds, Solomon Burke and B.B. King.