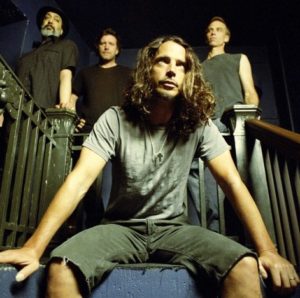 he most influential bands in rock music, Grammy® Award-winning multi-platinum band Soundgarden, today announced a North American headline tour that will kick off on May 3rd in Atlanta, GA at the Fox Theatre. The Pretty Reckless and Dillinger Escape Plan will support select dates.  The tour will make a stop at the Farm Bureau Insurance Lawn at White River State Park in Indianapolis, Indiana on Wednesday, May 10, 2017. Tickets are on sale now.

Soundgarden will also appear at a variety of previously announced summer festivals, including: WXTV Rockfest, Welcome To Rockville, Fort Rock Festival, 89.7 The River’s Rockfest, Rock on the Range, and more. See below for a complete list of confirmed dates.

In other news, Soundgarden and Sub Pop recently announced the release of the remixed and expanded reissue of the band’s Grammy® nominated debut full-length album, Ultramega OK, on March 10, 2017.  Additionally, in November 2016, the band celebrated the 25th Anniversary of their album Badmotorfinger by releasing four special editions of the 1991 album, and in July and August 2016 Soundgarden re-released a standard single LP vinyl of their second full-length studio album, 1989’s Louder Than Love as well as a two-LP 180-gram vinyl 20th anniversary reissue of their seminal 1996 album, Down on the Upside. 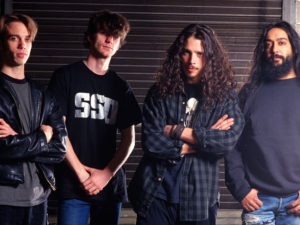 Hailed as grunge innovators, Soundgarden redefined rock music for a generation. In the ‘80s and ‘90s, its punk ethos, coupled with a brutal metal soundscape and Chris Cornell’s ravenous roar, seduced the masses hungry for something new. Early indie releases, including seminal EP Screaming Life and Grammy®-nominated album Ultramega OK, quickly collected a dedicated indie following as the band toured on both sides of the Atlantic. 1991’s platinum album Badmotorfinger, (recently re-released in a special 25th anniversary edition) attracted critical applause from all over the world.

Mainstream success came with the 1994 release of Superunknown. An immediate #1 album in the States, it netted Soundgarden two Grammy® Awards, sold millions of albums worldwide, and introduced the band to a mass TV audience with the video for Black Hole Sun. Two years later, Down on the Upside continued the band’s musical development away from alt-metal into hard-edged experimentation.

At the dawn of 2010, Soundgarden announced a new beginning. The first 21st century show in front of hometown fans and Seattle greats at the city’s Showbox venue sold out in mere minutes. After headlining the famous Lollapalooza festival, the Chicago Tribune hailed Soundgarden as “one of the last great hard-rock bands to emerge in the last 25 years.”  2010’s Telephantasm was a career-spanning retrospective celebrating the band’s legacy; along with rediscovered ‘90s live set Live on I5, it introduced Soundgarden’s work to a new generation. 2012’s King Animal continued Soundgarden’s courageous musical exploration while maintaining its special identity. The album’s character is rooted deeply within the wild landscape of the Pacific North West – an atmosphere which still resonates strongly for the band.  In 2014 Soundgarden visited Australia and New Zealand and released a triple album of B-sides and rarities, Echo Of Miles: Scattered Tracks Across The Path.  For further information please visit www.soundgardenworld.com

Tickets to the May 10th show are available at all Ticketmaster outlets, at the Old National Centre box office  800-745-3000 or at www.LiveNation.com