50 Years of The Doors

ROBBY KRIEGER BAND – Celebrating 50 years of The Doors Music!
will perform Sunday, May 7th at 8:00 pm in The Egyptian Room at Old National Centre (seated show) 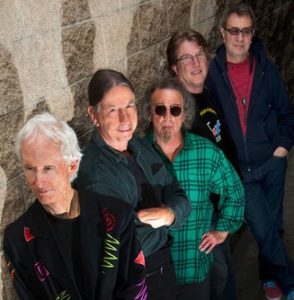 As one of the legendary figures in rock, guitarist Robby Krieger celebrates the music of The Doors, which he had no small part in creating, with a one-of-a-kind experience that only he is able to recreate. Born in Los Angeles, Robby Krieger was convinced by a Chuck Berry concert to give rock music a go, which resulted in the guitarist trading in his classical guitar for a Gibson SG, an instrument that would eventually become his signature. Several of The Doors’ studio releases – Strange Days (1967), Waiting for the Sun (1968) and The Soft Parade (1969) – all included several classic songs, and by the dawn of the ‘70s, the band issued a pair of strong releases with Morrison Hotel (1970) and L.A. Woman (1971). Krieger currently performs Doors songs with his Robby Krieger Band and special guest vocalist Waylon Krieger.