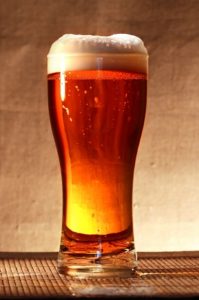 Indiana’s most unique and fashion-forward craft beer event is back for a 2nd year on Friday, April 28th! What happens when you blend amazing Indiana craft beer with great looking brewery apparel and one of downtown Indy’s most glamorous and historic theaters? A craft beer fashion show is born!

Indiana’s Next Hop Model is a craft beer tasting event and a playful (and hilarious), tongue-in-cheek celebration of Indiana brewery fashion. This event will again feature unlimited beer tastings from many of greater-Indianapolis’ favorite and most popular craft breweries including:

However, it doesn’t stop there. The event will also include a full-scale runway show featuring brewery apparel, gear, and more with many of the models being some of the most familiar and recognizable faces in the Indiana Craft Beer community. All modeled brewery apparel (and more) will also be available for sale at the event.

Presented and hosted by Indiana On Tap and NUVO, the event will be held in the Egyptian Room of the historic Old National Centre in downtown Indy (502 N. New Jersey St.).

All attendees are encouraged to dress in their idea of a fashion-forward outfit, humorous or ridiculous as it may be. (Encouraged, but obviously not required). Every attendee will also have the opportunity to ‘walk the red carpet’ and get his or her picture taken. This event will also be the pinnacle event to Indiana’s 2nd Annual Craft Beer Week.

There will be plenty of music, so be sure to wear your dancing shoes.

Bring an appetite because delicious food will also be available for purchase.

As famed, international, craft beer male model Derek Brewlander once asked: “Do you ever think that maybe there’s more to life than drinking really, really, ridiculously good craft beer?” Great question. There’s only one way to find out.

A minimum of 400 VIP tickets will be available for purchase for $50. Each VIP ticket will allow early-entry into the event (beginning at 6:30pm) with access to several specialty beers, along with a reserved seat next to the runway for the fashion show. (Just select the “Seated General Admission – VIP Ticket” option at checkout).

General Admission tickets for this event are just $35 with entry beginning at 7:30pm. The event will conclude at 10:30pm.

Get your tickets now to Indiana’s Next Hop Model on April 28th before the event sells out!