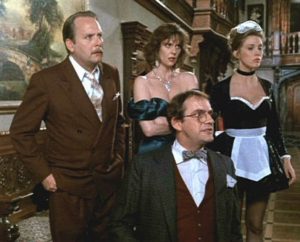 Was it Colonel Mustard in the ballroom with the candlestick? Find out who killed Mr. Boddy on Thursday, April 20 at Indy Film Fest’s screening and live-action version of CLUE, the 1985 cult classic film based on the beloved board game. As Indy Film Fest’s next installment in the Roving Cinema series, the movie and game night will begin at 7:30 inside the Athenaeum Theatre.

About the motion picture

It’s 1954 and six strangers have been invited to dinner at a New England mansion, Hill House. Once inside, a series of spooky and suspenseful seconds lead to Mr. Boddy’s sudden murder. But who killed Mr. Boddy? And what did they kill him with? Enter Hill House with the Roving Cinema to find out. 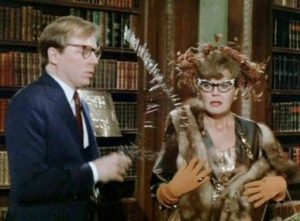 When guests arrive at the Athenaeum Theatre, in a favorite CLUE costume or color, they will be given cards for their characters. Once seated in one of four viewing rooms, the movie will begin. After one third of the story is screened, the movie will pause and guests will receive cards with other rooms listed. All guests will rotate to new viewing rooms, parties may be broken up, and another third of CLUE will be shown. Once paused again, everyone will move to the upstairs auditorium to finish the movie and receive weapon cards. Guests who have the “winning” cards at the end of the night will go home with prizes.

“CLUE is a larger than life depiction of the world’s favorite mystery board game,” said Brandon Peters, Indy Film Fest associate director. “It transports viewers back to 1954 and weaves them into the crime. Playing a live-action version of the game alongside the movie is sure to heighten all the hilarity and horror a Hill House dinner party has to offer.”

Admission to the murder mystery event is $25 per person.  Contact the Athenaeum box office or Indy Film Fest.  Those who are interested are encouraged to buy tickets in advance as this event only permits 175 attendees and is sure to sell out. The Indy Film Fest’s popular Roving Cinema program is designed to create a shared experience around film and bring cherished movies to unique, relevant locations around the community.

For more information, visit https://indyfilmfest.org/ or join the event on Facebook.