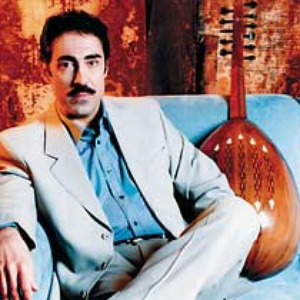 We’re in for a rare treat April 8 at 8:00 PM, when a true master of Arabic music, Simon Shaheen, performs with his ensemble at the Tarkington. Also adept at jazz and classical techniques, Shaheen takes pride in introducing Middle Eastern traditions to Western audiences.

Simon Shaheeh dazzles his listeners as he deftly leaps from traditional Arabic sounds to jazz and Western classical styles.  His soaring technique, melodic ingenuity, and unparalleled grace have earned him  international acclaim as a virtuoso on the ‘oud and violin.

Shaheen is one of the most significant Arab musicians, performers, and composers of his generation.  His work incorporates and reflects a legacy of Arabic music, while it forges ahead to new frontiers, embracing many different styles in the process.  This unique contribution to the world of arts was recognized in 1994 when Shaheen was honored with the prestigious National Heritage Award at the White House.

For new listeners, he once offered this advice: “Think with your voice when you listen to Arab music. It has a linear quality like the voice. Concentrate on its melodies, and listen to how they interact with the rhythm. Arab music is characterized by the use of quarter-tones, which lie between the half-steps of Western music. They have a quality that you may not be able to hear at first. Don’t think of them as out-of-tune notes. They are deliberate. The more you listen, the more you will begin to hear them and come to love them, for it is the quarter-tones which distinguish many beautiful maqams (melodic patterns) in Arabic music.”