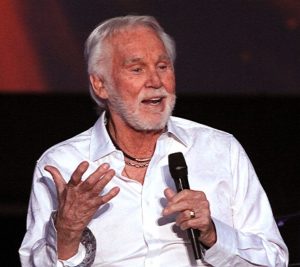 Since his emergence from the 1960s folk-rock scene, this music icon has continued to gain fans with his distinctive voice, his songwriting, his gift for storytelling, and his rapport with live audiences.

One of the first country artists to consistently sell out arenas, Rogers has played to millions around the world. His 24 No. 1 hits include “The Gambler,” “Lucille,” “Coward of the County,” “Lady,” “Islands in the Stream,” “She Believes in Me,” “We’ve Got Tonight,” “Daytime Friends” and “You Decorated My Life.” He has sold more than 120 million albums worldwide, making him one of the Top Ten Best Selling Male Solo Artists of All Time.

Also appearing will be Linda Davis, a country singer who reached her greatest fame during the 1990s.

For tickets and information, please contact the Center for the Performing Arts box office at (317)-843-3800.