Teaching the Bard — Behind Bars 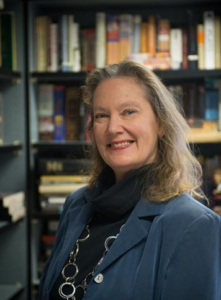 Learn about the transformative power of the arts in our April 10 conversation at the Center for the Performing Arts with Indiana State University Professor Laura Bates, who recounted her experiences teaching literature to Supermax prison inmates in the 2013 book Shakespeare Saved My Life: Ten Years in Solitary with the Bard.

Shakespeare professor and prison volunteer Laura Bates thought she had seen it all. That is, until she decided to teach Shakespeare in a place the bard had never been before – supermax solitary confinement.

In this unwelcoming place, surrounded by inmates known as the worst of the worst, is Larry Newton. A convicted murderer with several escape attempts under his belt and a brilliantly agile mind on his shoulders, Larry was trying to break out of prison at the same time Laura was fighting to get her program started behind bars.

A testament to the power of literature, Shakespeare Saved My Life is a remarkable memoir. Fans of Orange is the New Black (Piper Kerman), A Place to Stand (Jimmy Baca) and I Couldn’t Help Myself (Wally Lamb) will be be inspired by the story of the most unlikely friendship, one bonded by Shakespeare and lasting years-a friendship that would, in the end, save more than one life.

After her presentation, Bates will answer questions and sign books (copies will be available for purchase).

Reserve your free seat by calling the Center for the Performing Arts Box Office at 317.843.3800.