Keith Lockhart and the Boston Pops Esplanade Orchestra brings its own unique swagger to the rarely-performed original Paul Whiteman Orchestra version of Rhapsody in Blue and a world-premiere reconstruction of Whiteman’s tight and jazzy arrangement of An American in Paris. Hear this music as Gershwin first heard it in the 1920s! Then go right to the heart of the Great American Songbook with classics like The Man I Love, They Can’t Take That Away From Me, and Let’s Call the Whole Thing Off. 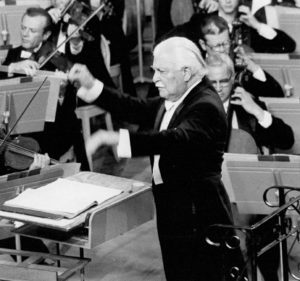 Although the Pops has been around since the 19th century, Arthur Fiedler was the first American-born musician to lead the orchestra. In his nearly 50-year tenure as Pops Conductor (1930-1979), he established the Boston Pops as a national icon. 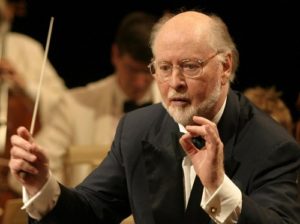 When John Williams (1980-1993) succeeded Fiedler in 1980, he was the most highly acclaimed composer in Hollywood, and today, with 50 Academy Award nominations, he is the most-nominated living person in Academy history. Mr. Williams continued the Boston Pops Orchestra’s prolific recording tradition with a series of best-selling recordings for the Philips and Sony Classical labels, broadened and updated the Pops repertoire, and entertained audiences with live orchestral accompaniment to film clips of memorable movie scenes, many of which featured iconic music from his own film scores. 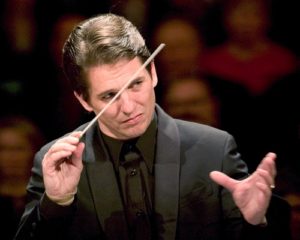 Having led nearly 1,800 Boston Pops concerts in his tenure, Keith Lockhart (1995-present) has created programs that reach out to a broader and younger audience by presenting artists-both established performers and rising stars-from virtually every corner of the entertainment world, all the while maintaining the Pops’ appeal to its core audience. He has made 78 television shows, led forty national and four overseas tours with the Boston Pops Esplanade Orchestra, led the Pops at several high-profile sports events, and recorded thirteen albums. Mr. Lockhart’s tenure has been marked by a dramatic increase in touring, the orchestra’s first Grammy nominations, the first major network national broadcast of the Fourth-of-July spectacular from the Esplanade, and the release of the Boston Pops’ first self-produced and self-distributed recordings.