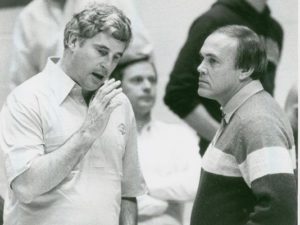 Butler University, the Indiana Arts Commission, and the National Endowment for the Arts are proud to present an evening with coaches Bob Knight and Gene Keady, Friday, March 31st at 8:00 PM in the Palladium.

On the eve of the 2017 Final Four, one of the greatest rivalries in college sports history comes to the Palladium stage as legendary basketball coaches Bob Knight and Gene Keady square off for a night of reminiscing and off-the-cuff conversation. 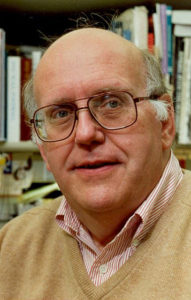 Posing questions and moderating the event will be Bob Hammel, award-winning journalist, longtime sports editor at the Bloomington Herald-Times and co-author of two books with Knight.

Knight, known as “The General,” is one of the most successful coaches in Division I history, leading Indiana University to three NCAA Championships in his 29 years with the Hoosiers and posting a 902-371 career record as a head coach. Keady, in his 25 years at Purdue, led the Boilermakers to six Big Ten Championships and 18 NCAA Tournament appearances.

Tickets are on sale starting at $35.00.  Contact the Center for the Performing Arts box office to order tickets, or for additional information.