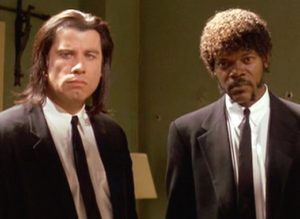 The Murat Theatre will be hosting a Quentin Tarantino Double Feature with a back-to-back showing of Pulp Fiction and Inglourious Basterds. In the 1994 Oscar-winning film Pulp Fiction, Jules Winnfield (Samuel L. Jackson) and Vincent Vega (John Travolta) are two hit men who are out to retrieve a suitcase stolen from their employer, mob boss Marsellus Wallace (Ving Rhames). Wallace has also asked Vega to take his wife Mia (Uma Thurman) out a few days later when Wallace himself will be out of town. Butch Coolidge (Bruce Willis) is an aging boxer who is paid by Wallace to lose his fight. The lives of these seemingly unrelated people are woven together, comprising of a series of funny, bizarre and uncalled-for incidents. 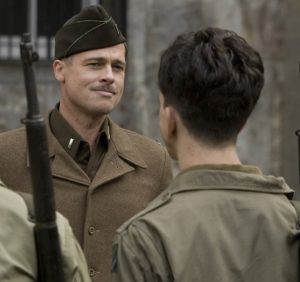 In another of Tarantino’s Oscar-winning films Inglourious Basterds, young Jewish refugee Shosanna Dreyfus witnesses the slaughter of her family by Colonel Hans Landa in German-occupied France. Narrowly escaping with her life, she plots her revenge several years later when German war hero Fredrick Zoller takes a rapid interest in her and arranges an illustrious movie premiere at the theater she now runs. With the promise of every major Nazi officer in attendance, the event catches the attention of the “Basterds,” a group of Jewish-American guerrilla soldiers led by the ruthless Lt. Aldo Raine. As the relentless executioners advance and the conspiring young girl’s plans are set in motion, their paths will cross for a fateful evening that will shake the very annals of history.

FOR MORE INFORMATION & TICKETS FOR THIS OR ANY