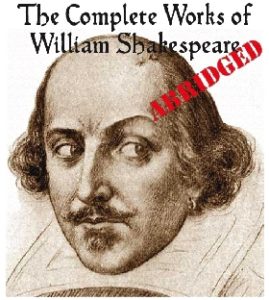 If you haven’t tried out the Center for the Performing Art’s group for young professionals ages 21 to 40, here’s a fun way to start. The Scene is teaming up with our friends at Civic Theatre on March 22 for a special performance of The Complete Works of William Shakespeare (abridged), a lightning-paced romp that packs nearly all of the Bard’s work into a single, hilarious evening.

After the up-close performance in the Studio Theater, stick around for a trivia battle, a complimentary beer courtesy of Sun King Brewing Co., food, and a closer look at what goes into a Civic production You don’t even have to be a Scene member! Just visit us on Facebook for more information and a promo code for $5.50 off your ticket price.