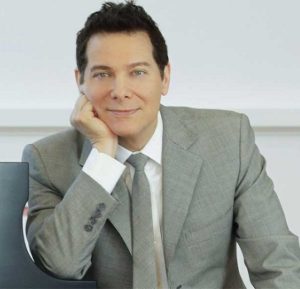 Now in its eighth year, the weeklong Songbook Academy® is the only high school intensive in the United States focused on the jazz standards and classic Broadway and Hollywood songs that have come to be known as the Great American Songbook. The 2017 academy is scheduled for July 15-22 at the Songbook Foundation’s headquarters, the Center for the Performing Arts in Carmel. The application deadline is March 25.

“We have kids from all over the United States who come here to learn how to interpret and share this amazing American heritage,” Feinstein said. “They learn how to sing these songs in a way that is honest to where they are in their lives.”

Only 40 students nationwide are selected each year for this life-changing opportunity to experience workshops, master classes and mentoring from music industry professionals, educators from respected university music and theater programs and Broadway performers such as Tony Award nominees Jarrod Spector and Laura Osnes. Participants can network with peers and pros, perform before live audiences and join the Songbook Academy® Alumni Network to stay connected and informed about college programs, auditions and performance opportunities.

Finals in the Palladium

The week culminates in the Songbook Academy® Finals, a performance and competition presented by the Center for the Performing Arts in its acoustically superior 1,600-seat Palladium concert hall. Awards are presented for excellence in several categories, and top performers are invited to represent the Songbook Foundation and sing with Michael Feinstein at such venues as Carnegie Hall, the Kennedy Center and the annual Great American Songbook Hall of Fame gala.

One alumna of the program is Maddie Baillio of League City, Texas, who was named 2014 Songbook Youth Ambassador at that year’s Songbook Academy®. Now a student at Marymount Manhattan College in New York City, she played the lead role of Tracy Turnblad in NBC’s Hairspray Live! broadcast.

“I think I learned more in that one week than I have in my whole life,” Baillio said of the academy. “I learned about technique, how to use my body, stage presence. It was the best learning experience of my life.”

To be considered for the Songbook Academy®, U.S. high school students are invited to submit videos with performances of two contrasting songs from the Great American Songbook genre. Submissions are evaluated by a panel of music educators and industry professionals who provide written feedback to every applicant. Applications must be submitted by March 25 to be considered.

More details and application information are available at www.TheSongbook.org, or by contacting Chris Lewis, Director of Programs, at SongbookAcademy@TheSongbook.org or (317) 844-9446.

The mission of the Great American Songbook Foundation is to inspire and educate by celebrating the timeless music of the early to mid-20th century. The Foundation is committed to preserving this rich legacy by providing educational opportunities and multidisciplinary curricula for student musicians; preserving the physical artifacts of its creators, performers and publishers; offering research opportunities for scholars, historians and performers; and operating a multimedia gallery for exhibiting its collections to the public. More information is available at www.TheSongbook.org.