The Center for the Performing Arts is proud to present Ballet Hispanico at the Tarkington Theatre on March 17th & 18th at 8:00 PM.

From its grassroots origins as a dance school and community-based performing arts troupe, Ballet Hispanico has grown into a world class institution. Now under the artistic direction of Eduardo Vilaro, the Company performs a diverse repertoire by the foremost choreographers of our time as well as emerging artists. The works fuse Latin dance with classical and contemporary techniques to create a new style of concert dance in which theatricality and passion propel every move. On the playbill for the performances: 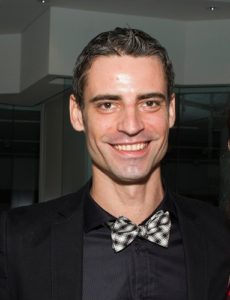 Choreographer Gustavo Ramírez Sansano  is no stranger to Ballet Hispánico  and has numerous works with the main company, including . (2012). Ramírez Sansano is the recipient of several awards and distinctions and has quickly established himself as a standout choreographic voice among New York audiences.Flabbergast draws from Ramírez Sansano’s own personal experiences coming to the United States for the first time.  Set to the music of  Juan García Esquivel, Ramírez Sansano exposes with humor our stereotypes and preconceived ideas about new and foreign places.

Contact the Center for the Performing Arts for tickets and information.