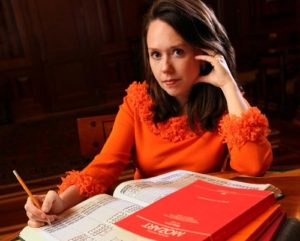 One of three finalists for the CSO’s music director/conductor, Corcoran was named “Best Classical Conductor” in 2016 by the Nashville Scene and serves as artistic director of Intersection, a contemporary music ensemble dedicated to challenging the traditional concert experience with concerts for all ages. She conducted the Nashville Symphony for nine seasons both as Associate Conductor and Director of the Symphony Chorus, founded the Nashville Philharmonic Orchestra and has performed throughout the world with artists as diverse as musical genius and multi-Grammy Award winner Bela Fleck to country’s Brad Paisley and jazz trumpeter Chris Botti. Other finalists for the esteemed position of maestro are Ron Spigelman (who conducted the February 11 concert) and Janna Haymes (who will conduct the April 8 concert). The new conductor will begin his/her tenure with the 2017-18 season. 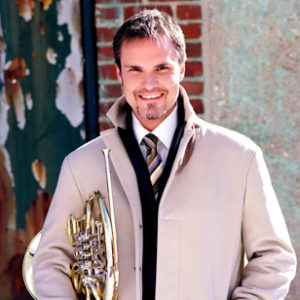 In addition to touring with the Canadian Brass for eight years, Nelsen has performed concerti and chamber music on six continents and in the horn sections of dozens of orchestras including the New York and Los Angeles Philharmonics as well as the Boston, Chicago, Cincinnati, Montreal, and St. Louis Symphonies. He gained national acclaim with a 2011 TEDx Talk, “Fearless Performance” and has honed his favorite hobby – magic – to attain membership to the Academy of Magical Arts at the world-famous Magic Castle.

Program highlights include Concerto for Horn No. 1 in E-Flat Major, Op. 11 by Richard Strauss. The son of Franz Strauss (regarded as one of the greatest horn virtuosi in history) penned his first composition at age 6. This first horn concerto allowed for the horn to shine in both the beginning fanfare and a spirited finale, tied together with an extended orchestral passage with the horn making frequent interjections of contrasting themes. In general, this piece is filled with a pleasant and fun mood with many lyrical delights.

In stark contrast, Tchaikovsky’s Symphony No. 6 in B minor, Op. 74 “Pathéticque” is the famed composer’s last, created in a flurry of reflections about his creativity, his life and, undoubtedly his own mortality. Tchaikovsky takes the audience though an unprecedented range of emotion, lulls them into a sense of false security with one of his more traditional romantic melodies, and “fakes the audience out” with a third movement ending in a series of triumphant chords that for all intents and purposes sounds like a finale. The fourth movement closes with what is noted as some of the bleakest, most despairing music ever written which literally fades away into oblivion.

Single tickets can be purchased by visiting TheCenterPresents.org or by calling the Center’s Box Office at 317.843.3800. Discounts for students are also available: the $5 YouthPASS for High School and younger, and the $10 CollegePASS for College students.  For more information, visit CarmelSymphony.org.