It Shoulda Been You

The charming, funny and original musical comedy It Shoulda Been You opens Friday, January 27th at the Actor’s Theatre in Carmel.  It Shoulda Been You invites you to a wedding day you’ll never forget…where anything that can go wrong does and love pops up in mysterious places!  Consider:

The bride is Jewish. The groom is Catholic.

Her mother is a force of nature.

His mother is a tempest in a cocktail shaker.

And…when the bride’s ex-boyfriend crashes the party, the perfect wedding starts to unravel faster than you can whistle “Here Comes the Bride!”

Plots are hatched, pacts are made, secrets are exposed – and the sister of the bride is left to turn a tangled mess into happily ever after in this. 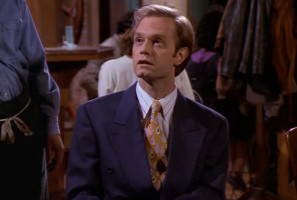 Originally directed on Broadway by David Hyde-Pierce of “Frasier,” It Shoulda Been You is truly a musical comedy for anyone with parents!  Music and lyrics by Barbara Anselmi and Brian Hargrove.  It opens this Friday and runs through February 12th.  Contact the Actor’s Theatre of Indiana for dates, showtimes, and prices.  And don’t forget about $25 Wednesdays.