After evaluating more than 130 applications, reviewing personal responses from 25 candidates and conducting Skype interviews with 12, the Carmel Symphony Orchestra’s (CSO) Music Director Search Committee has narrowed down the field to three finalists for the next CSO Music Director/Conductor.

The 11-member committee — comprised of four CSO musicians, four board members and three community stakeholders — have chosen Ron Spigelman, Kelly Corcoran and Janna Hymes. The next step: Each candidate will conduct a CSO concert this spring. For those patrons who do not hold a 2016-17 season subscription, a “Meet the Maestros” ticket package is available for $99 by clicking here. Attendees may participate in a brief post-performance survey for each candidate. 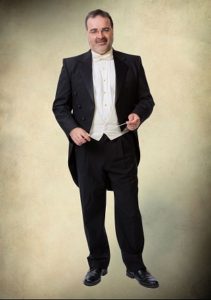 Spigelman’s extensive professional resume includes serving as the music director for the Springfield Symphony Orchestra and Lake Placid Sinfonietta as well as principal pops conductor for the Fort Worth Symphony. The native of Sydney, Australia and attended Scots College as well as studying at the Royal Academy of Music. He currently resides in Jenks, Oklahoma. For a full bio, click here. Spigelman will conduct the February 11 CSO performance, From Bernstein & Gershwin, With Love. 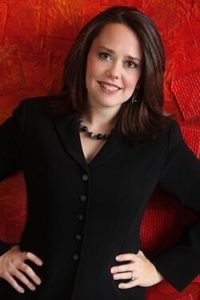 Corcoran was named “Best Classical Conductor” in 2016 by the Nashville Scene and serves as artistic director of Intersection, a contemporary music ensemble dedicated to challenging the traditional concert experience with concerts for all ages. She conducted the Nashville Symphony for nine seasons both as Associate Conductor and Director of the Symphony Chorus, founded the Nashville Philharmonic Orchestra and has performed throughout the world with artists as diverse as musical genius and multi-Grammy Award winner Bela Fleck to country’s Brad Paisley and jazz trumpeter Chris Botti. For a full bio, click here. Corcoran will conduct the March 11 CSO performance, Tchaikovsky & Strauss. 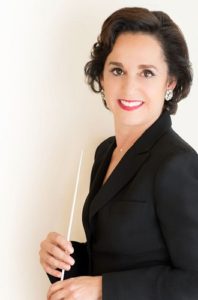 Hymes currently serves as the music director of the Williamsburg Symphony Orchestra of Virginia (leading its first international tour) as well as the Maine Pro Musica Orchestra. Local audiences may remember her as associate conductor of the Indianapolis Symphony Orchestra. She’s served as a guest conductor for numerous orchestras throughout the United States and internationally with the Costa Rica National Symphony, the Delta Ensemble of Holland, the National Orchestre de Lyon, Besancon Chamber Orchestra and the Orquesta Sinfonica del Estado de Mexico. For a full bio, click here. Hymes will conduct the April 8 CSO performance, Ariel & New World Symphony.

“We were extremely impressed with not just these candidates’ professional accomplishments, but their prowess in engaging with their communities as well as their passion for orchestral performance,” says Luci Snyder, CSO board member who chairs the selection committee. “We believe any one of them is fully capable of continuing the outstanding artistic reputation of the CSO.”

The orchestra musicians will have “final say” regarding the choice of the new music director/conductor, voting for their choice after the conclusion of the season. The new conductor will begin his/her tenure with the 2017-18 season.