Tony Award winner Brian Stokes Mitchell, the Broadway star of Shuffle Along, Kiss Me, Kate, and Ragtime, headlines the next season of engaging, up close and personal
performances at The Cabaret in Indianapolis, which opens its next season at Indiana Landmarks Center’s Cook Theater on Saturday, February 11, 2017.

“We are thrilled to present our upcoming season at Indiana Landmarks Center,” says Artistic Director & CEO
Shannon Forsell. Forsell continues: “Cook Theater is the perfect cabaret room. The theater is stunning and has an intimate vibe enhanced by rich, intricately patterned wood walls and ceiling, outstanding acoustics, and original chandelier.”

“We are excited and honored to become the temporary home of one of Indianapolis’s prominent performing arts organizations. With its distinctive roster of national artists, The Cabaret will expand Indiana Landmarks Center as a musical performance venue and we, in turn, hope to provide the space for The Cabaret to grow its audience capacity as it searches for a new home,” says Mark Szobody, Director of Special Events for Indiana Landmarks Center.

The Cabaret recently announced that it would not renew its partnership contract with The Columbia Club. While The Cabaret is working on plans for a permanent home, the 2017 Winter/Spring Season at Indiana Landmarks Center will take place in the historic Cook Theater, in the Old Northside neighborhood of Indianapolis, a district listed in the National Register of Historic Places.

Audiences can expect the same swanky cabaret experience, with nosh and beverages. The menu will focus more on heavy appetizers and desserts, rather than a full dinner menu. In addition, Indiana Landmarks provides patrons with added benefits such as easy accessibility and free on-site parking. With The Cabaret’s performances historically selling out far in advance, Cook Theater’s seating capacity of 192 versus a previous seating capacity of only 142 will also help The Cabaret fulfill its goal to better serve its rapidly growing
audience. 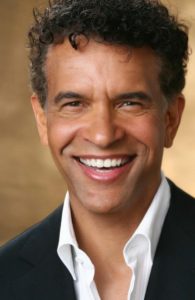 The 2017 Winter/Spring Season boasts Broadway stars who have a combined eleven Tony Award wins and nominations. Tony Award winner Brian Stokes Mitchell, who was most recently seen on Broadway in Shuffle Along with Tony Award winners Audra McDonald and Billy Porter, headlines the 2017 Winter/Spring season with his dazzling show Simply Broadway, on Saturday, February 11. One of Broadway’s most accomplished leading men, Brian makes every song a show-stopper. Other Broadway career highlights include Man of La Mancha, Kiss Me, Kate, and Ragtime.

Kyle Riabko, creator and star of Off-Broadway’s What’s it All About? Bacharach Reimagined revitalizes the work of the iconic American composer for a new generation with visionary interpretations of the Burt Bacharach catalog on Saturday, February 25. The star of Broadway’s Spring Awakening and Hair reinterprets such songs as “Alfie,” “I Say A Little Prayer,” “Walk On By,” “Raindrops Keep Fallin’ On My Head,” and more. 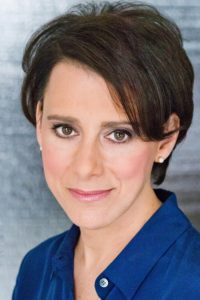 Judy Kuhn, who received one of her four Tony nominations for her role in the 2015 Best New Musical Fun Home, will present her show, Rodgers, Rodgers & Guettell on Friday, March 10. The show celebrates a century of American Song from one remarkable family: Richard Rodgers, his daughter Mary Rodgers, and her son Adam Guettel. 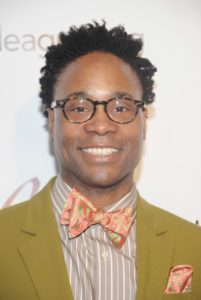 Ebullient triple-threat and Tony and Drama Desk Award winner Billy Porter brings his show Broadway & Soul to
Indianapolis on Friday, April 7. The versatile and altogether irresistible Kinky Boots and Shuffle Along star appears where his talents shine brightest—center stage, performing a heartfelt selection of songs, including his own, drawing on a wide spectrum of styles and emotions. 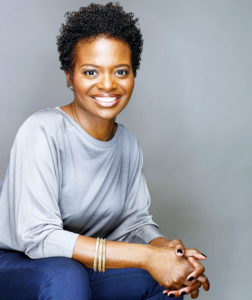 LaChanze, the Tony Award winning star of The Color Purple, If/Then, Once On This Island, and more will close the 2017 Winter/Spring season on Friday, May 5. LaChanze takes the audience through a journey of her life
through song, including classic rhythm and blues with a bit of contemporary pop, jazz, and Broadway thrown in
for good measure.

The 2017 Winter/Spring season will also include two educational showcases featuring students from Ball State
University. The Cabaret continues its partnership with the Ball State University Department of Theatre & Dance to support, encourage, and mentor the next generation of cabaret performers. The showcases will take place on January 20 and April 21.

The Cabaret’s administrative offices will move to The English Foundation Building at 615 N. Alabama St. #134
Indianapolis, IN 46204 in December 2016. The Cabaret will release details of its new, permanent location in
early 2017.