Joseph and the Amazing Technicolor Dreamcoat 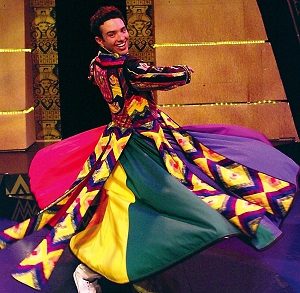 With a crash of drums and a flash of light, Joseph and the Amazing Technicolor Dreamcoat takes the stage at Beef & Boards Dinner Theatre in February.  The Bible-based Broadway sensation was nominated for seven Tony awards and is live on stage February 2nd through March 26th at Beef & Boards.

Joseph is the first collaboration between composer Andrew Lloyd Webber and lyricist Tim Rice to be staged.  The musical is based on the Old Testament story of Joseph, the favorite of Jacob’s 12 sons.  His brothers’ jealousy is fueled when Joseph receives the gift of a colorful coat from their father.  Joseph’s dream, in which his brothers’ sheaves of wheat bow to his, provides the proverbial last straw.  The enraged brothers abduct Joseph, destroy his coat, and sell him into slavery.

Any dream will do

Down but not out, Joseph finds that any dream will do for him to be happy again — and possibly even reunite his family.

Joseph and the Amazing Technicolor Dreamcoat features a rainbow of musical styles, from rock and country to pop and calypso.  Songs include “One More Angel in Heaven,” “Close Every Door,” “Jacob and Sons,” and “Any Dream Will Do.”

Tim Wessel returns to play the role of Joseph.  He has been seen on the Beef & Boards stage in their 2014 and 2015 productions of A Beef & Boards Christmas.  Andrea Fleming is making her Beef & Boards debut as the narrator.

The show is directed and choreographed by Doug King, who performed the role of Levi in the Chicago and Toronto touring productions of Joseph which starred Donny Osmond in the title role.  King has been performing at Beef & Boards for more than 25 years.

There are 56 performances of Joseph and the Amazing Technicolor Dreamcoat in the intimate atmosphere of Beef & Boards Dinner Theatre.  Tickets range from $42.50 to $67.50, and include Chef Odell Ward’s dinner buffet, fruit & salad bar, and unlimited coffee, tea, and lemonade.  Parking is always free.