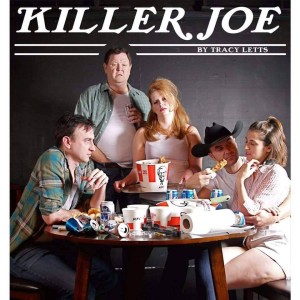 This dark comedy was the first play by the author of August: Osage County, Tracy Letts.  Killer Joe premiered at Chicago’s Steppenwolf before going on to acclaimed productions in London and New York.

Killer Joe
Theatre on the Square

Hired by the trailer park dwelling Smith family to murder the matriarch for insurance money, Killer Joe takes the daughter as a retainer when the family can’t come up with the money. This dysfunctional family sets in motion a bloody aftermath as the “hit man” meets his match.

Theatre on the Square informs us that this performance is part of the TOTS regular season and that FlexPasses may be used.
Also,  it is rated R – for adult language.