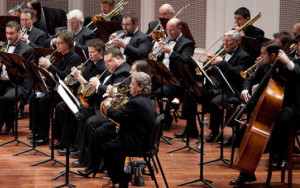 This Indianapolis-based concert band calls the Palladium at The Center for the Performing Arts their performance home.  Indiana Wind Symphony states as its mission to “present artistic performances of significant music for band and wind ensemble to the Central Indiana community”

All Concerts take place in the Palladium at the Center for the Performing Arts in Carmel.

George Gershwin’s Rhapsoday in Blue in a concert that celebrates the joy of the autumn season.

The wonder of Hollywood through the music of some of film’s greatest composers.

Celebrate the joys of the holiday season in a concert that includes a visit from Santa and Mrs. Claus.

The Land of the Rising Sun inspired a number of composers.  The Indiana Wind Symphony brings these aural impressions of Japan to life.

Step onto other worlds as IWS explores the musical universes of Star Wars, Star Trek and beyond

Saddle up and spend some time in the Wild West as depicted in the works of Aaron Copeland and other pieces written for Buffalo Bill’s Wild West Show.

Ticket are available via The Center for the Performing Arts Box Office or by calling 317.843.3800.