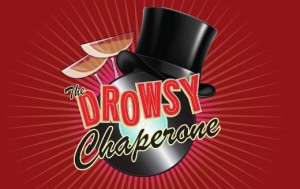 Winner of five Tony awards in 2006 – including Best Original Score, The Drowsy Chaperone comes to Beef and Boards for a five-week run.

The show appeals to our innate desire to be entertained.  A timid, middle-aged musical theatre buff plays the record of his favorite musical, the (fictional) 1928 hit The Drowsy Chaperone, and the show comes to life for the theatre audience.  The plot replete with musical comedy stereotypes from the era – with two lovers on the eve of their wedding, a bumbling best man, a desperate theatre producer, gangsters posing as pastry chefs, an intoxicated chaperone and more!  (If memory serves me correctly, one scene even calls for actors on roller-skates – which is something this show has in common with ATI’s May 2015 production of XANADU – but, I digress. –The Editor)

Ticket prices range from $45-$65 and include the dinner buffet.  For show times, dates and seating options, visit the Beef & Boards website.