ISO Carnival of the Animals 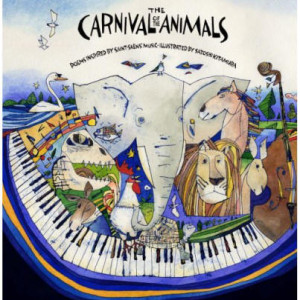 Saint-Saëns’ Carnival of the Animals, a tantalizingly fun and interactive concert will be brought to life by the Indianapolis Symphony Orchestra on Sunday April 19.  ISO Carnival of the Animals starts at 3:00 P.M., but bring the family there by 2:15 P.M. and you can enter a raffle to become an ISO Super Fan. Becoming an ISO Super Fan will allow you to upgrade seats and go to the post-concert party with the ISO musicians.

ISO Carnival of the Animals

The composition, originally named “Le Carnival”, was composed in 1886 by Camille Saint-Saëns, a French composer who had felt that the music was too impractical at the time.  It wasn’t even until 1922 that the composition was first performed because Saint-Saëns would not have let it be published until after his death. “Le Carnival” was written with fourteen different movements for a symphony orchestra and included instrument sounds similar to that of different animals’.

Doors open at 2:00 for pre-concert activities with musicians

Fore more information on how to buy tickets go to the ISO website.