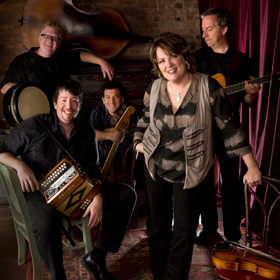 The incredible American fiddler, Eileen Ivers, performs at the Center for Performing Arts in Carmel,  Sunday March 15.  The program, Beyond the Bog Road, celebrates the journey of Irish immigrants and how Irish music has influenced many North American music styles, using a multitude of different entertainment media including film, dance, and music!

The Center for the Performing Arts @7pm

Having studied the fiddle from an early age and in Ireland, Ivers has become a tremendous figure in the fiddle genre. She has even performed on movie soundtracks such as Gangs of New York and been dubbed “the Jimi Hendrix of the violin” by the New York Times and “the future of the Celtic fiddle” by the Washington Post.

For more information on Ivers, see her website at www.eileenivers.com.