The Rise of American Modernism 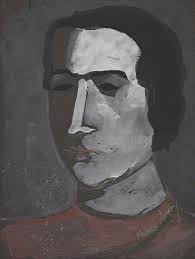 The Rise of American Modernism, currently on exhibit in the Susan and Charles Golden Gallery at the Indianapolis Museum of Art, highlights the impact that European modernists had on their American counterparts. The avant-garde of French art made inroads into the American mainstream in the first decades of the 20th century largely through the efforts of photographer Alfred Stieglitz. Stieglitz’s 291 Gallery, founded in 1908, introduced the works of Henri Matisse, Pablo Picasso and Paul Cezanne as well as such young Americans as Marsden Hartley, John Marin, Charles Sheeler, Katherine Dreier and Man Ray.

The Rise of American Modernism
Indianapolis Museum of Art

The exhibit features 29 prints, drawings, watercolors and photographs from the IMA’s permanent collection.  The collection showcases the work of American and European modernists such as Alfred Stieglitz, Man Ray,Henri Matisse, Pablo Picasso, Paul Cézanne, Milton Avery and Katherine Dreier. The exhibition offers a rare opportunity to view works that are not often on view at the Museum due to their lightsensativity. The Rise of American Modernism will be on view through July 26, 2015, and isgenerously supported by June M. McCormack.

This exhibition is Free.