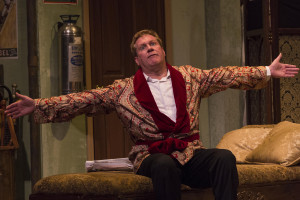 When two struggling actors hear a legendary film director is considering them for parts in his new movie, they think it is their last shot at stardom.  Everything goes hilariously wrong for them – and, everyone around them.

The Tarkington Theatre at the Center for the Performing Arts