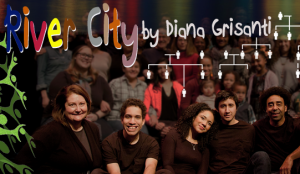 Just weeks after her father’s death, Mary discovers a childhood photograph of him from a past he never mentioned. Determined to excavate her heritage, Mary leaves the comfort of her husband and home in Chicago and goes on a quest to uncover a half-century of family and town secrets that haunt the West End of Louisville, Kentucky.

River City is a fascinating and funny story about connecting to your past without abandoning the present.