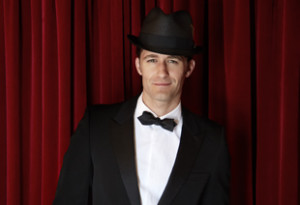 Known for his role as the optimistic high school glee club director Will Schuester on the TV show Glee, The ISO The welcomes Emmy, Tony and Golden-Globe nominated star Matthew Morrison with ISO to the Hilbert Circle Theatre stage for this one-night-only performance.

Matthew Morrison knew he wanted to be an entertainer after participating in a theatre camp as a child. He attended NYU’s TISCH School of the arts in the CAP21 program before joining the cast of Footloose. He was a member of the boy band LMNT, briefly, before he redevoted himself to Broadway in Rocky Horror.  He worked at the Gap in New York City before joining the cast of “Footloose” on Broadway and recounts “Hairspray” as one of his biggest breaks.